With no Republican running, Bell’s primary win essentially clinches the office, which will make him the first African-American to hold the St. Louis County prosecutor’s post.

“It is an honor to be your next St. Louis County prosecutor,” Bell said in a victory speech to an exuberant crowd in St. Ann. “Close friends said, ‘there’s no way you can win that race.’ I can understand that. He’s a 27-year incumbent. But people here showed up and showed out. A lot of people contributed to this victory, and I thank you so much.”

Bell, who is required by the county charter to give up his private law practice, is also a municipal court prosecutor and Ferguson councilman. He will have to resign those positions as well.

The race was shaped in large part by the protests that followed the shooting death of Michael Brown by a white Ferguson police officer in 2014. McCulloch, who won the 2014 Democratic primary just days before Brown was killed, came under fierce criticism for how his office handled the case of Darren Wilson, the former Ferguson officer who shot Brown.

Bell ran for office in the aftermath of Brown’s death, pointing to the inequalities that case exposed as a main driver behind his decision to take on McCulloch.

“I think when we look at what our region has gone through, and we have gone through a lot in the last few years, I think that there is no bigger impact that can be made than in the county prosecutor’s office,” he said during an appearance on the Politically Speaking podcast. “The prosecutor can decide not to charge, to charge, give a more severe charge.”

Bell pledged major reforms to the way crime is prosecuted in St. Louis County, promising to eliminate cash bail and to never seek the death penalty.

In an interview at his election night gathering in Des Peres, McCulloch said he was disappointed with the outcome.

“I wouldn’t change a thing that I have done,” he added. “I certainly wish to thank the people of the county for all they’ve done for me, allowing me to have this job for 28 years when I’m done.”

He discounted the idea that Brown’s death contributed to his loss, pointing out that the U.S. Department of Justice reached the same conclusion about the shooting as the grand jury.

“On the other side of the ballot is a complete lack of any experience,” McCulloch said during his interview on Politically Speaking. “I’m sure [Bell’s] a fine guy and a fine lawyer, but putting someone with zero experience in a position like this would be one of those things that is very detrimental to public safety.”

But Bell, helped by a wave of outside groups attracted to his reform platform, was able to overcome questions about his ability to do the job.

“The narrative was, ‘you just want to let all criminals free,’” he said. “I’m like, really? No, what we want to do is give people who deserve a second chance, we want to give it to them.” 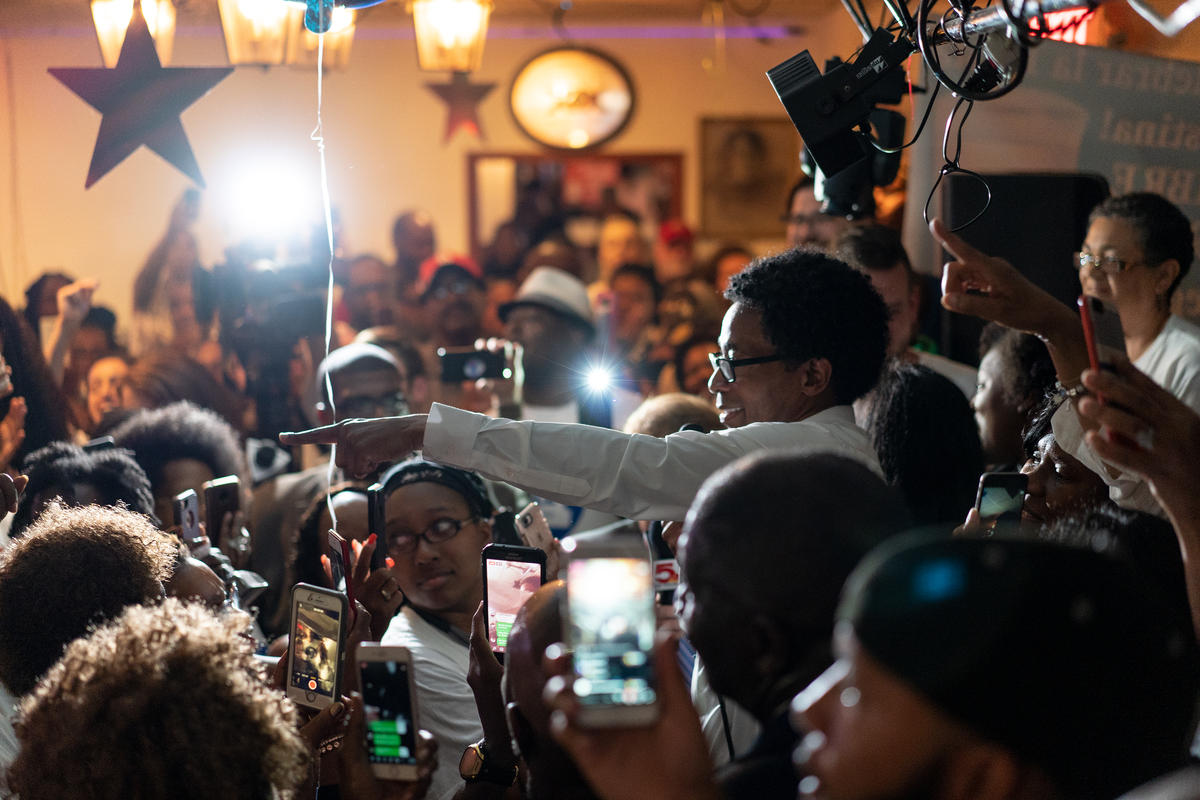 Bell’s race was another victory for those outside groups like Color of Change PAC and Real Justice PAC, which have started focusing on prosecutor and sheriff races in an effort to reform the criminal justice system. Color of Change PAC had pledged $100,000 in organizing and advertising, and opened a field office in north St. Louis County, about a mile from where Brown was killed.

“Tonight’s victory is a powerful rejection of Bob McCulloch and his decision to not pursue justice in the communities he was elected to serve,” said Rashad Robinson, a spokesperson for Color of Change PAC.

The ACLU of Missouri, along with its national organization, put more than $244,000 into a campaign to educate voters about where the candidates stood on various civil rights issues. Bell had adopted most of the ACLU’s Smart Justice platform for his own.

“These results demonstrate that voters care passionately about crucial civil rights issues from the unjust use of cash bail to how long people are sitting in our jails because they can’t afford to pay, to demanding their prosecuting attorney be transparent on his office’s work,” said ACLU of Missouri Executive Director Jeffrey Mittman.

“We provided voters with essential information on civil liberties issues and they demanded transparency and fairness from their prosecuting attorney. We look forward to working with our members and community partners to hold St. Louis County’s next prosecuting attorney accountable for protecting the rights of the people.”

McCulloch said he was prepared for the influx of outside money.

“They put money into prosecutor’s races around the country solely to defeat the incumbent prosecutor,” he said. “It’s how elections work in this country now. It’s unfortunate, but it is what it is.”

Activists in the St. Louis area and beyond, which Bell had credited with boosting his candidacy, were ecstatic.

Shaun King, whose Real Justice PAC endorsed Bell, tweeted that the race was the biggest criminal justice victory in years.

Hands Up United dedicated the victory to Brown, who was shot and killed Aug. 9, 2014, as did LaShell Eikerenkoetter, who was a key part of the protests in the aftermath of the verdict in the Jason Stockley case. 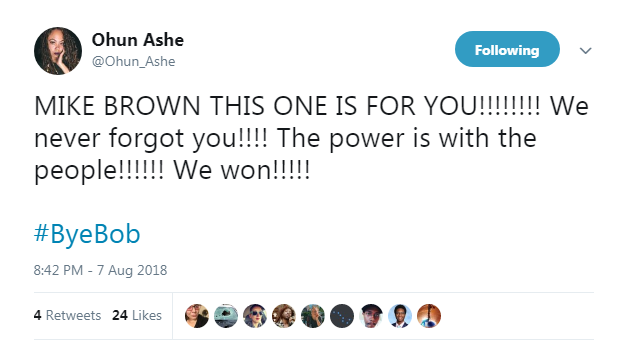