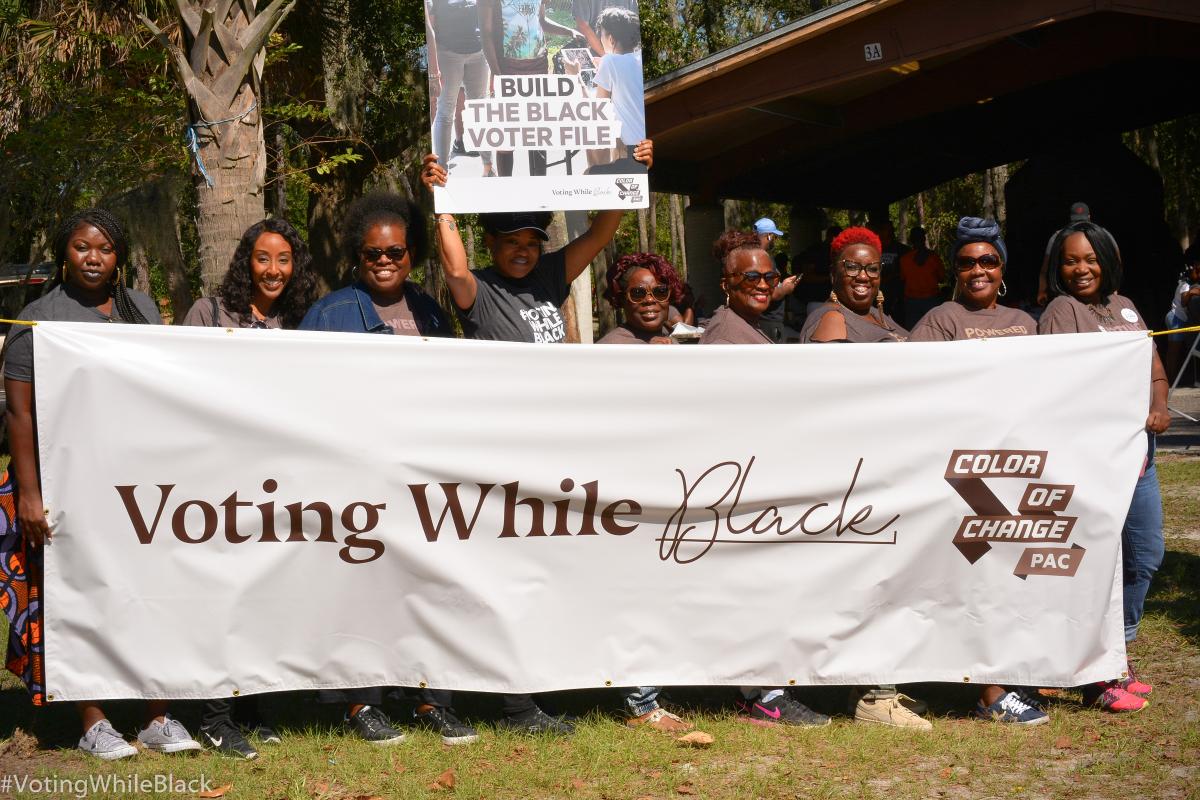 One in five Black Floridians do not have the right to vote due to prior convictions, for which they have already served the time.

The 2018 election year has been all about Black voting power and building the political infrastructure of the Black community.

You only have to look as far as the slew of Black folk, particularly Black women, running for all levels of office  to see that Black voters are done with a country that does not consider and respect their political power and are looking for and voting for candidates who do.

In Florida, Black voting power is an immensely hot button issue, and not just because Andrew Gillum could be the first Black governor of the state. Come Nov. 6, Floridians will also be asked to cast a vote on Amendment 4. Amendment 4 would automatically restore the right to vote to former felons, with the exception of those who have committed murder or sex crimes.  It has unique, bipartisan support across the state, and impacts several members of the community including those who black or white, male or female, with 1.5 million in the state currently ineligible to cast a vote due to former convictions.

And yet, just like everything in this country, people of color, Black people are disproportionately affected.  And it is but one of the many issues that Color of Change PAC – which is focused on building independent Black political power – is working alongside several local community members to push through the ballot.

“One in five Black voters currently are ineligible to vote,” Arisha Hatch, the director of the PAC told ESSENCE. “That’s a lot of people who are unable to participate fully in our democracy and who are unable to hold decision makers accountable for the choices that they make that negatively impact the black community.”

“Just because you were incarcerated doesn’t mean that you don’t care about the education system, or health care or so many of the other issues that are at stake on ballots in every single election. In some ways while there are lots of efforts to suppress Black voters, mass incarceration and a system of discriminatory policing are also part of that effort to suppress the black vote,” Hatch added.

Indeed, the rise of mass incarceration has had pronounced effects on voting rights. A 2016 report from the Sentencing Project, which focuses on criminal justice reform, noted that across the United States some 6.1 million Americans are not able to vote due to felony disenfranchisement laws. In 1976 that number was estimated to be 1.17 million.

The laws surrounding the restoration of those rights are decided by individual states, not the federal government, and so the laws can get tricky. Only Maine and Vermont refuse to revoke the right of felons, with those incarcerated voting even behind bars.

Florida, on the other hand, is one state that makes it extremely tricky for voting rights to be restored to those who are returning to society, adding yet another speed bump to the smooth re-entry that is known to prevent recidivism.

“Voting is only one way in which we create a hostile landscape for folks that are returning from incarceration,” Hatch pointed out. “Folks when they get out of prison may find it hard to find a job because of different policies, or to rent an apartment, That’s why we think Amendment 4 is so critical because people as they’re returning have a right to participate in their democracy.”

“That’s why we’re talking to Black voters across the state not only about turning out and voting for Andrew Gillum, who could be the first Black governor in the state, but also about Amendment 4 as being critical to building Black political power,” she added.

The PAC has tapped local organizers who know about the situation at hand inside out to help boost the movement, which, does not have much official opposition.

Quiana Malone and Alecia Tramel are two such individuals, working with Color of Change PAC as citizens who have long returned to society, but still, after all these years, don’t have the right to vote.

Malone described for ESSENCE the painstaking process it would take to get her rights restored outside of the passage of Amendment 4.

“You would  actually… have to wait 5-7 years to even apply for clemency. Once you’ve applied it can take anywhere from that day to another 5-7 years to even get your application looked at. Once your application is then looked at you then have to go before a board and go through different reviews which at any time another person for whatever reason can deny you that right,” she listed off. “So it’s still a very strenuous and lengthy process so this is why Amendment 4 is so important.”

Malone was released from prison around 2011 and, while she struggled to get her life back in order at first – due to lack of job opportunities and a lack of readily available housing, she was able to turn her life around. In fact, Malone started a nonprofit in Jacksonville, Fla., 1 Step Up Inc., a few years after getting back on her feet, in order to give back and help stabilize and rehabilitate other returning citizens.

“I’m a big activist on Amendment 4, strictly because I’ve been there,” Malone said. “Even though we did crime we paid for that and a lot of us do have a different mindset but it’s because we’re not given that second chance that we often times revert back to the only thing we know.”

Meanwhile Tramel has been canvassing several days a week for Color of Change PAC, volunteering to get the word out about Amendment 4 and showing voters the kind of citizens it would help. Citizens like her.

Tramel was arrested when she was 22. She served her time, but now more than two decades later she is still unable to vote. Now 48, Tramel recalls being devastated when she realized she was not able to vote for then-candidate Barack Obama during the 2008 elections.

“It was monumental and I wanted to be a part of it. When I couldn’t, I was really devastated,” she told ESSENCE.

Now that Amendment 4 is on the ballot, she’s making a push for it with everything she has.

“I mean they don’t stop us from paying taxes, you know,” she quipped with a chuckle. “But they’re stopping us from our civil right as well as our human right it’s just uncalled for. Plus, it’s a lot of us.”